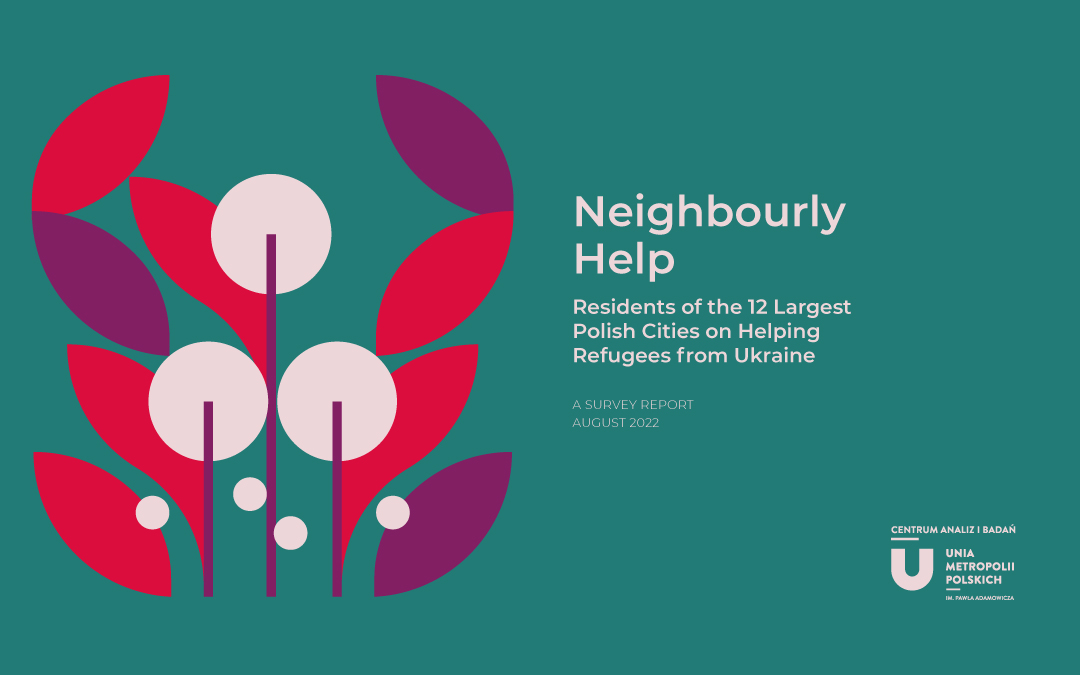 NEIGHBOURLY HELP. Residents of the 12 Largest Polish Cities on Helping Refugees from Ukraine

67 per cent of the residents of cities affiliated to the Union of Polish Metropolises helped Ukrainian residents who fled to our country as a result of Russian aggression against Ukraine, and 3 per cent gave shelter to refugees under their own roofs - this is data from the report by the Paweł Adamowicz Centre for Analysis and Research of the Union of Polish Metropolises "NEIGHBOURLY HELP. Residents of the 12 largest Polish cities on helping refugees from Ukraine'.

Since the outbreak of war in Ukraine until the end of April, more than 3 million people have crossed the Polish-Ukrainian border. This is an unprecedented situation worldwide. In the first days and months of the war, Poles showed tremendous mobilisation and rushed to the aid of fleeing Ukrainians. Most of the Ukrainian refugees who arrived in Poland chose to settle in major Polish metropolises. A number of challenges have emerged, which have faced residents, NGOs and local and governmental institutions.

The aim of the study was to find out the behaviour and attitudes of the residents of twelve UMP cities towards helping refugees from Ukraine after 24 February 2022, and to estimate the number of refugees receiving shelter from private individuals. The report is a story about the assistance and engagement of residents and authorities on the ground of 12 UMP cities that have proven to be a safe haven for refugees.

The survey was conducted between 4 April and 2 May 2022 in the form of telephone interviews with a representative sample of 12,000 residents of UMP cities (1,000 residents of each UMP city (Białystok, Bydgoszcz, Gdańsk, Katowice, Kraków, Lublin, Łódź, Poznań, Rzeszów, Szczecin, Warsaw and Wrocław).

In order to obtain a broader context of the studied phenomenon, the data obtained were analysed and deepened during expert panels with the participation of researchers, experts and practitioners who deal with refugee, migration and strictly 'aid' and organisational issues on a daily basis.

By the beginning of May'22, 80% of UMP city residents had noticed refugees from Ukraine in the immediate area where they lived, and 67% had become involved in helping refugees in need. Residents most often helped by donating food (59 per cent), in-kind assistance such as clothing or home furnishings (44 per cent) and making a donation to a collection for refugees (32 per cent).

Meanwhile, 3 per cent of residents hosted refugees in their homes. On average, they hosted 3.6 people under their roof. They were mainly women and children. Approximately 525 000 refugees from Ukraine benefited from the hospitality of UMP city residents by living under their roofs. Most in Warsaw (119.5 thousand), Wrocław (106.9 thousand) and Gdańsk (59.8 thousand).

Assistance at the institutional level was also clearly noticed by residents. Among the activities undertaken by local authorities, the most recognisable was the collection of donations - almost every second person noticed their activity in this field.

The vast majority of UMP residents (85%) interviewed in April had heard of the possibility of subsidising refugees' living costs (to the tune of PLN 40 per day). About one in three people (34%) who offered accommodation to those in need had already benefited from government financial support at the time, and 40% planned to do so soon. Twenty-two per cent did not intend to use the subsidy.

While awareness of the assistance provided by the local government and the government was at a similar level among UMP city residents (69% vs. 71% respectively), the UMP city authorities' actions in this regard were rated better (91% vs. 76% positive ratings respectively). 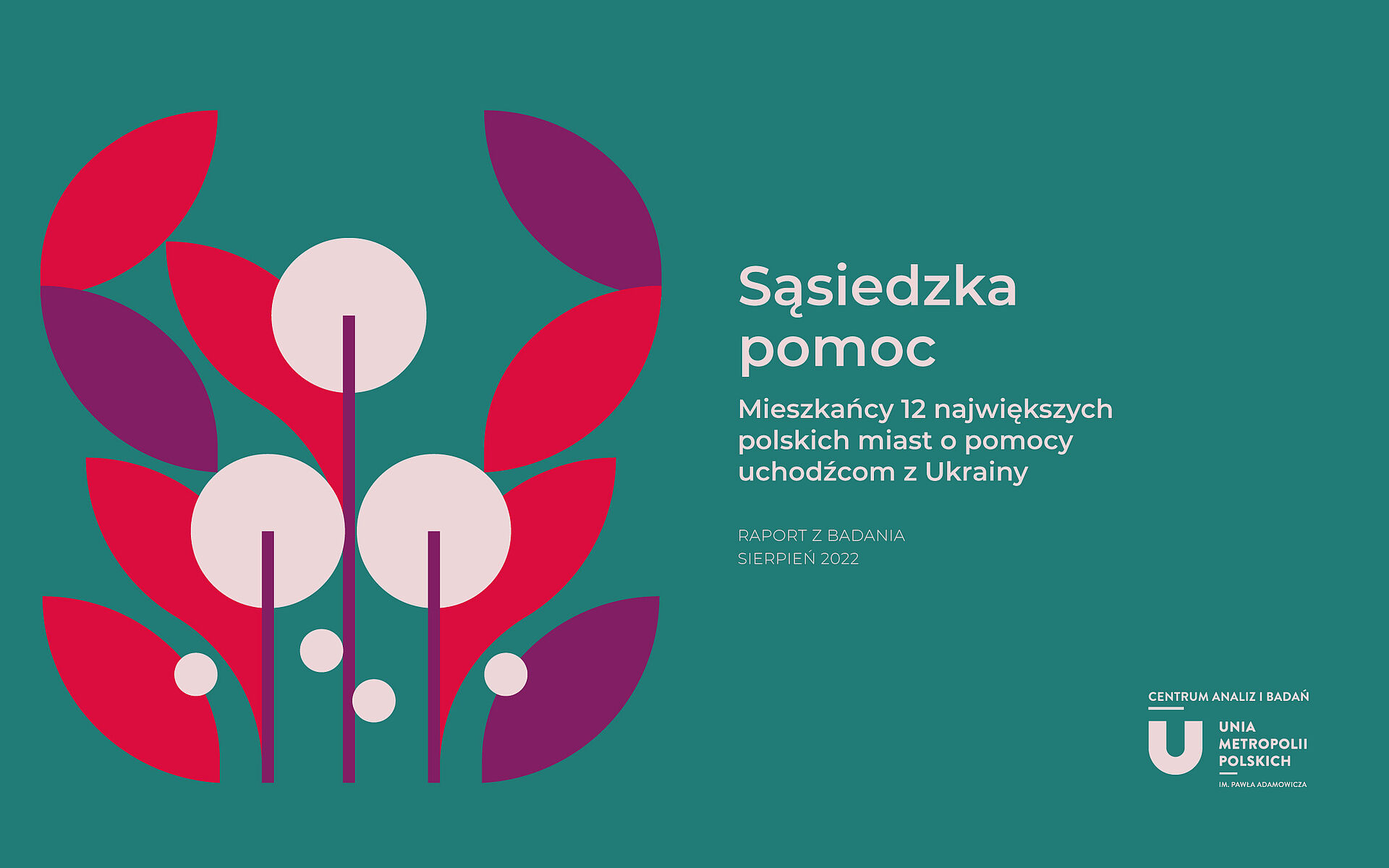